View cart “Great Poets of the Romantic Age” has been added to your cart.

Great Poets of the Romantic Age

The Tyger… I Wandered Lonely as a Cloud… Ode to the West Wind… The Rime of the Ancient Mariner… Ode to a Nightingale… We’ll go no more a-roving… The Peasant Poet ‘All good poetry,’ wrote Wordsworth, ‘is the spontaneous overflow of powerful feelings’ and this was to be one of the hallmarks of the Romantic poets. With a dynamic spirit, these great English poets made a conscious return to nostalgia and spiritual depth. Each chose a different path, but they are united in a love of moods, impressions, scenes, stories, sights and sounds. In this collection of more than forty poems are some of the finest and most memorable works in the English language.

Winner of AudioFile Earphones Award Michael Sheen is at his best narrating the two long narrative pieces here, The Rime of the Ancient Mariner and a section of the first canto of Don Juan. In both he?s assisted by two fine but unnamed women. He?s consistently good throughout the whole anthology. His Blake is prophetic and a bit mad, his Wordsworth is more stately, his Keats more wistful, and so on. The listener gets the impression that these are poems that Sheen knows and loves and wants us to love. The selections of poems are also fine; each poet?s signature works and a few that are less familiar are included. This production will reward repeat listening. S.G.B., AudioFile 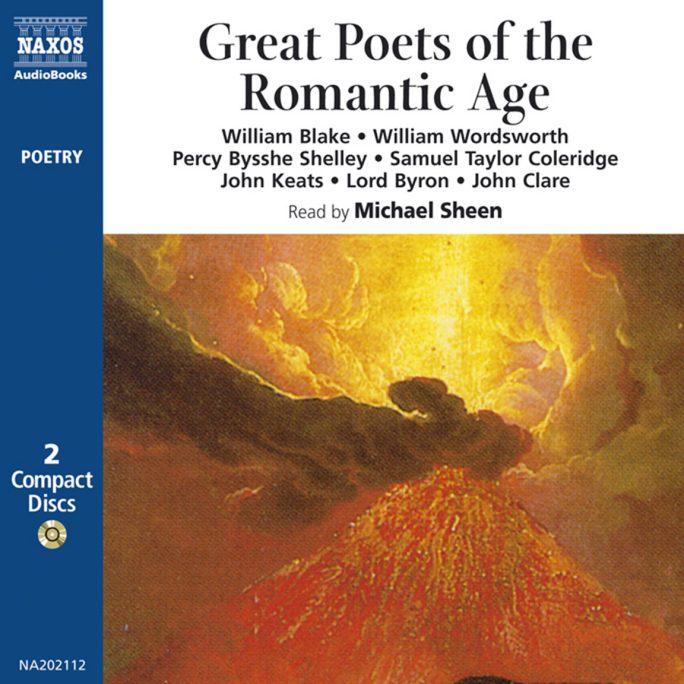 You're viewing: Great Poets of the Romantic Age $ 12.00
Add to cart