Narrated in the first person, Great Expectations tells the story of Philip Pirrip (known as Pip) from his disadvantaged start as an orphan in the Kent marshes to the improvement in his position following an anonymous allowance. Pip moves to London where, only after many trials, does he learn humility and the value of loyalty. Key Dickens characters abound – the convict Magwitch, the eccentric Miss Havisham and the pompous Pumblechook. Great Expectations was first published as a complete novel in October 1861 shortly after its serialisation in All The Year Round. Like David Copperfield, it drew on his early life, especially the trials of a boy who, about to enter his teen years, find himself challenged by tough life experiences. Among the many remarkable scenes is the famous meeting with Miss Havisham, surrounded by the mementos of her wedding day many years before. It remains one of Dickens’ most popular novels.

Maybe you should listen to this first to understand the impact it had on Mister Pip's pupils. Too bad they didn't hear Anton Lesser's version, though chances are if they had, it would have affected them even more powerfully. Lesser reads so many audiobooks - I've just finished his beautiful if soporific rendering of Rumi's Spiritual Verses - that you forget what a huge range his acting skills cover.
This is the perfect vehicle for his array of voices, accents and characters, starting with the terrifying Magwitch on the run (if that's an appropriate description of a man wearing a leg iron) from the prison hulks moored off the Essex marshes, to cold, arrogant Estella, hardwired to break men's hearts, and the steely lawyer Mr Jaggers, beside whom Lord Goldsmith looks like Bambi. The adventures of the upwardly mobile apprentice blacksmith turned gentleman have always trailed far behind Hard Times and A Tale of Two Cities on my Dickens hit list - Pip is such an awful snob - but I'm bound to admit that Lesser makes him not only sympathetic but even likeable.
Sue Arnold, The Guardian

As if you could forget, this Tuesday, 7 February, is Dickens's 200th birthday. I love the inimitable, but this birthday can't come soon enough. Leave aside the BBC launching 'a raft of DVD releases and fantastic downloads' of Edwin Drood, Our Mutual Friend and David Copperfield, and John Sutherland's The Dickens Dictionary: An A-Z of England's Greatest Novelist (Icon), there's still the resistible offer of 'an expert quote' from Dr Andrew Mangham from the English department of Reading University who tells us that his 'characters and idioms will live as long as the author's books remain in print.' No, really?
For my money, the outright winner of this Dickens fest is the 19-hour Naxos recording of Great Expectations by Anton Lesser. Unabridged, beautifully read and a snip at ?50. Less is more.
Robert McCrum, the Observer

With its meandering paragraphs, colourful character names, and engrossing plots, Charles Dickens's masterpiece is magical in the audiobook format. Anton Lesser's performance is especially notable for its blend of the traditional and contemporary. He captures young Pip's transformation from downtrodden lad to society gentleman with all the typical trappings of Dickens's atmosphere: precise accent, clipped diction, and mellifluous voice are gloriously present. However, Lesser's performance is also wonderfully modern in its pacing and phrasing. Where some narrators resort to fusty, passive vocals, wherein they allow Dickens to own the role, Lesser is fully involved and vivacious in each sentence, propelling the story continually forward. This version of a classic is bound to become a classic in its own right.
L.B.F., AudioFile 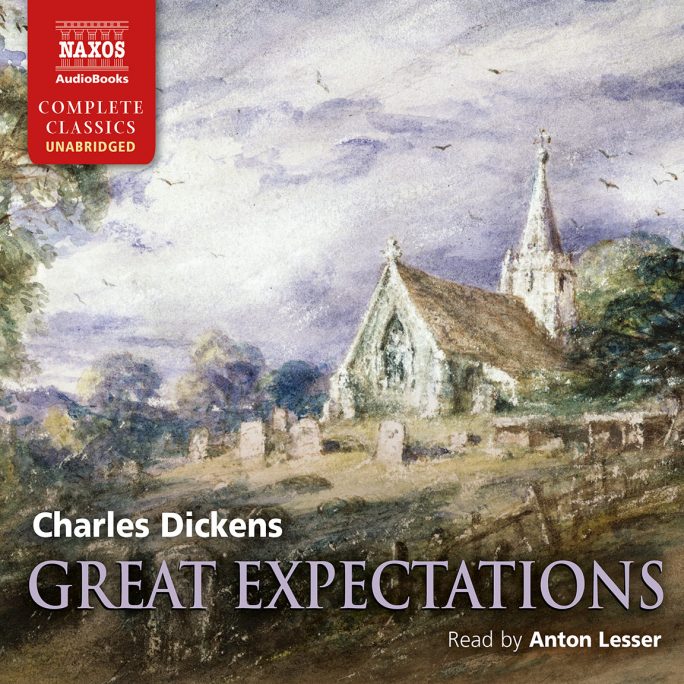