William Dorrit has been a resident of the Marshalsea debtors prison for so many years that he has gained the nickname ‘The Father of the Marshalsea’. However, his suffering is eased by his close bond with youngest daughter Amy, or ‘Little Dorrit’. The dashing Arthur Clennam, returning to London after many years in China, enters their lives and the Dorrits’ fortunes begin to rise and fall. A biting satirical work on the shortcomings of nineteenth-century government and society.

Charles Dickens's tale of debtors' prisons, cheating bankers, inept bureaucracies, and slowly sinking working people will resonate in today's economic meltdown. Dickens always mixes commentary with romance and humor, and the enthusiastic Anton Lesser, a master of timing, character, and accent, understands that. The title character is born in the Marshalsea Prison, and her sense of delicacy and thoughtfulness, as well as her discomfort with sudden wealth, are effectively rendered by Lesser. Arthur Clennam, who cannot see that Little Dorrit loves him, sounds thoroughly decent and likeable. Lesser has fun with the comic characters. The listener will laugh out loud as the unrelentingly silly Flora chatters on and on at great speed and Pancks's dedication to work (with his hair standing straight up) is tested by his grasping capitalist boss.
A.B., AudioFile 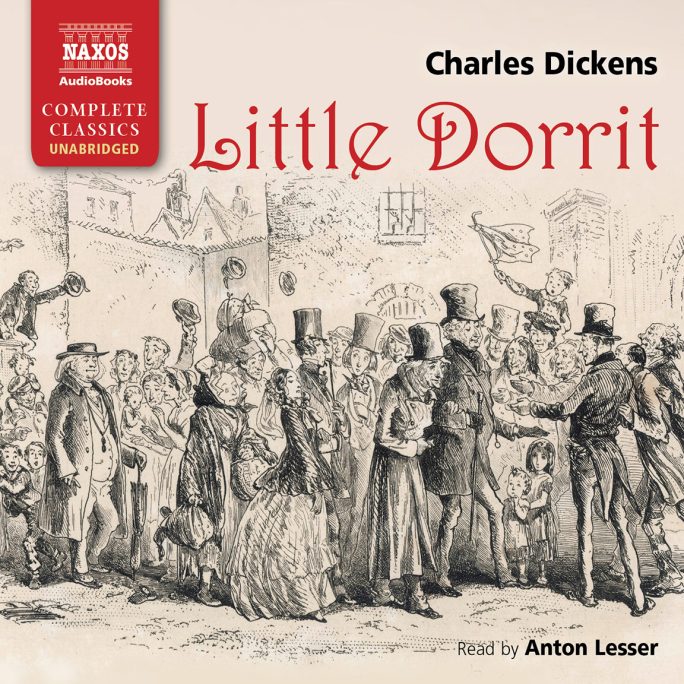