Featuring twenty major works of European poetry over a period of a thousand years, this collection charts the development of verse from the fall of the Roman Empire to the birth of the Renaissance. Contrary to popular belief, the poetry of the Dark Ages enjoyed a pioneering development, exploring new metres and complex imagery. Throughout the Middle Ages, poetry adopted numerous forms across the continent, from the epic greatness of the ‘chanson de geste’ to the sublime lyrical qualities of love poetry. This eBook provides a rich sample of medieval poetry; from the earliest dawn of English literature to the unparalleled brilliance of Dante; from the courtly adventures of Arthurian legend to the stirring lays of the Vikings; from the Eastern magic of Georgia to the ribald genius of Chaucer; this collection will immerse you in the perilous, amusing and tantalising world of the Middle Ages. (Version 1)

* Beautifully illustrated with images relating to the poets’ lives and works
* Concise introductions to the works
* Most of the poems appear with their original medieval texts, as well as an English translation — ideal for students
* Images of how the original manuscripts first appeared, giving your eReader a taste of the medieval texts
* Excellent formatting of the poems
* Easily locate the sections you want to read
* Features three critical works on the development of medieval literature
* Scholarly ordering of texts into chronological order 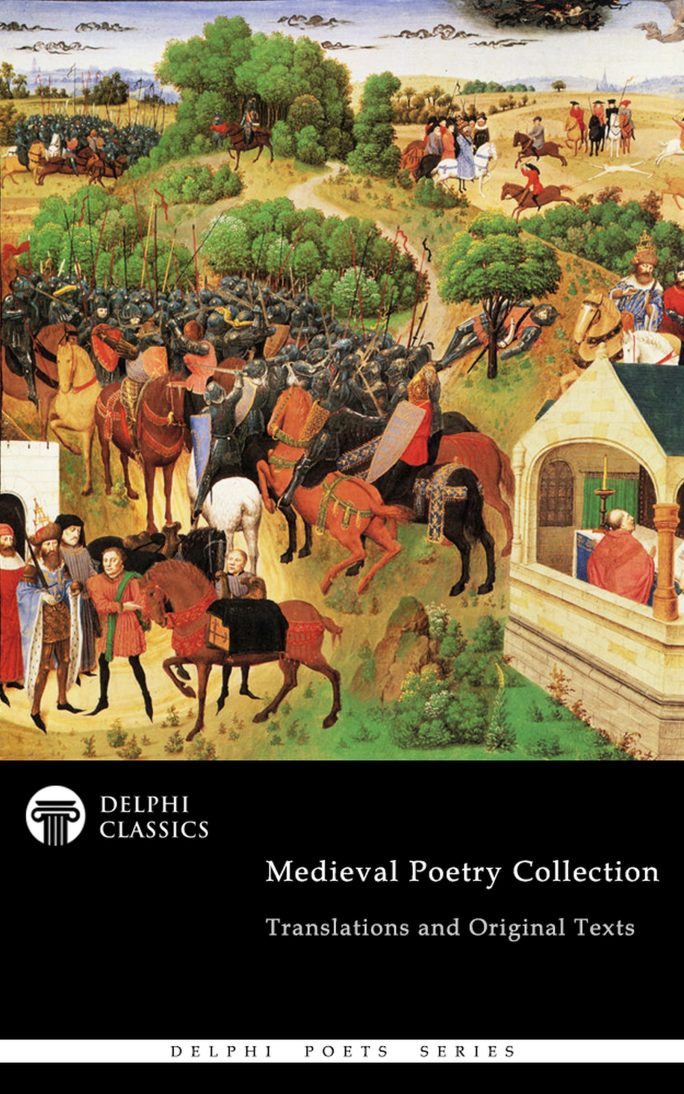