Born in Massachusetts in 1830, Emily Dickinson composed over 1770 poems; but apart from her closest friends, no-one knew she was writing at all. Only after her death was her astonishing output discovered and published. A reclusive figure for much of her life, few could have imagined the range of her subjects, the intensity of her imagination or the powerful delicacy of her writing. Emily Dickinson is one of America’s greatest writers. This selection includes 147 of her best known poems, and is a perfect introduction to her unique voice.

Teresa Gallagher gives Emily Dickinson a New England voice that succeeds in conveying the poet?s distinctive duality: her gentle, mystical other-worldliness underscored by a resolute strength. In these 99 poems, recurring words?? sea, Heaven, sun?? chime mantra-like, along with the lyrical assonance and rhyme. Dickinson is acutely sensitive to the beauty of light and nature?? ?the colour on the cruising cloud??? while her metaphors and personification intrigue. Does the ?door ajar? shut her out or invite her in? Is the ?realm of you? Heaven or some paradise of earthly love? Even though recurrent themes are death and self-denial, the mood is airy and buoyant, like the angel?s wings Dickinson imagines she wears. Rachel Redford, The Observer, 17 February 2008

Emily Dickinson is remembered as a nineteenth-century New England recluse, but she is reaching a wider audience than she could ever have expected via this Great Poets audio series. A wide range of the poet?s work is here and, as read by the charismatic Teresa Gallagher, the problem of how to turn dashes into pauses is managed with aplomb. To quote the great lady, ?Beauty be not caused?? it is?; and this is beautiful. Waterstone?s Quarterly, Spring 2008

Teresa Gallagher has an agile voice and the delicate articulation necessary for interpreting the finely crafted poems of Emily Dickinson. Gallagher performs the poems with a simplicity and clarity that allow their beauty to flourish. However, Dickinson did not title her poems, so Gallagher does not have that convention as a way to mark the beginning of each work. Too often, there is not a long enough pause between poems, and without attention to the liner notes the poems can blur into each other. Nonetheless, the 99 poems selected from Dickinson?s canon of over one thousand are a choice presentation highlighted by Gallagher?s skillful performance. This production is a pleasurable retreat into Dickinson?s imaginary world. R.?F., AudioFile Magazine 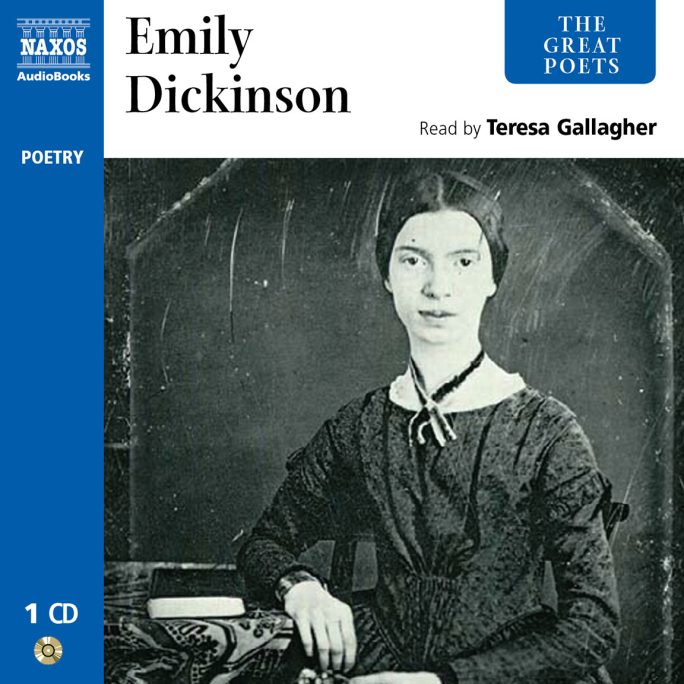 You're viewing: The Great Poets – Emily Dickinson $ 9.50
Add to cart