Milton stands alongside Shakespeare and the Bible in the power of his verse and its continuing impact. He is one of the great voices of English poetry. Born in 1608, he is best known for his epic Paradise Lost, but most of his writing life was spent composing shorter works. This collection brings together his brilliant early poems, including Il Penseroso, L’Allegro and Lycidas, as well as some of the finest and most touching works of his maturity, such as On His Blindness and Methought I saw my late espoused saint. This anthology will serve as an introduction, or as a reminder of the range and variety of John Milton’s great gifts.

This collection of Milton?s poetry is Naxos?s contribution to the celebrations surrounding the 400th anniversary of the birth of the great English poet. It is an accessible choice featuring short poems, the famous sonnets on his deceased wife, Cromwell and blindness, plus some extracts from the epic Paradise Lost (also available from Naxos in a four-hour reading by Anton Lesser). The quality of Derek Jacobi?s audio performances can be erratic, but he is on top form here, his sparkling confidence with meter and rhyme allowing meaning to be revealed. Samantha Bond?s expressive empathy also transcends the complex language and the classical references to deliver powerful ideas on politics (Milton was a republican), religion and love. Musicality is central to the poet?s works: his friend Henry Lawes set many of the poems to music, so it is fitting that his pieces, performed on original instruments, are integral to this production. Karen Robinson, The Sunday Times

The incomparable Derek Jacobi is completely in his element when reading Milton. His performance of the sonnet ?On Shakespeare? seems particularly well suited to his voice, which is so closely associated with the Bard. Samantha Bond is equally comfortable with Milton?s verse, and the two work well together in the selections that call for two voices. While Paradise Lost is, no doubt, Milton?s most well-known masterpiece (if not his most widely read), this recording includes only brief selections from it, totalling less than seven minutes. This is a wise editorial choice as it leaves room for some shorter and more accessible poems that showcase the work of these two outstanding narrators. D.?B., AudioFile Magazine 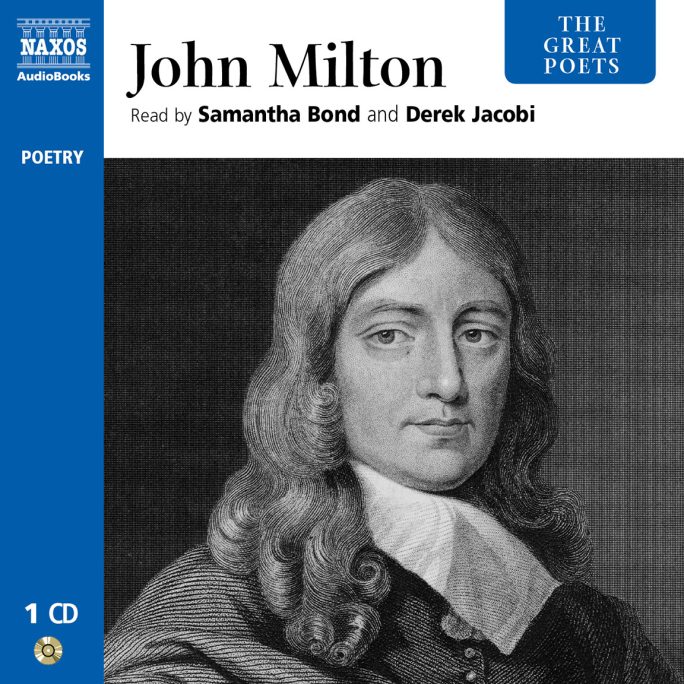