The idiosyncratic Scottish poet William Topaz McGonagall has the unusual reputation as one of the worst poets in the English language with rhymes and rhythms that produce mirth rather than wonder. His masterpiece is The Tay Bridge Disaster. Scottish-born Gregor Fisher, who starred in Love Actually and other film and TV programmes, reads the key poems and passages from the autobiography?- and gets deep into character!

What price, fame? One would wish to ask that question of the shade of William McGonnagle [sic.] (1825?1902), who for more than 100 years has had the dubious distinction of being hailed as the worst poet to have ever written in the English language. His rhymes are trite. His meter is erratic, and the tone of his poems frequently doesn?t comport with the subject at hand. Someone adept at greeting card jingles displays more talent than McGonnagall [sic.]. Witness his ?Tay Bridge Disaster? as only one example, for the man was, alas, utterly serious about his ?art? and, thus, prolific. By compiling a selection of McGonnagall [sic.] work, Naxos Audio has not only provided a highly entertaining hour?s diversion but has confirmed something that every teacher of English has always known: poetry?? good, bad, or indifferent?? can be appreciated most when read aloud. Gregor Fisher, with an intelligent performance and a lovely Scots accent, lends what credibility he can to the author?s efforts, exposing the weakness of his verse while never letting the audiobook descend to the level of a cheap joke. Academics will enjoy this and might find the audiobook a useful tool around which to build a poetry and literary aesthetics lesson. Other lovers of literature who may (or may not) find much admirable in poetry to begin with will be amused by just how bad it can really get! soundcommentary.com

The 1879 Tay Bridge disaster killed 90 rail passengers. Here?s how McGonagall, 1830-1902, ?the world?s worst poet?, begins his requiem: ?Beautiful Railway Bridge of the Silv?ry Tay! / Alas! I am very sorry to say / That ninety lives have been taken away / On the last Sabbath day of 1879, / Which will be remember?d for a very long time?? Well, it made me laugh, especially read by Rab C. Nesbitt. But maybe after two weeks of non-stop rain on Loch Linnhe, anything would. Sue Arnold, The Guardian 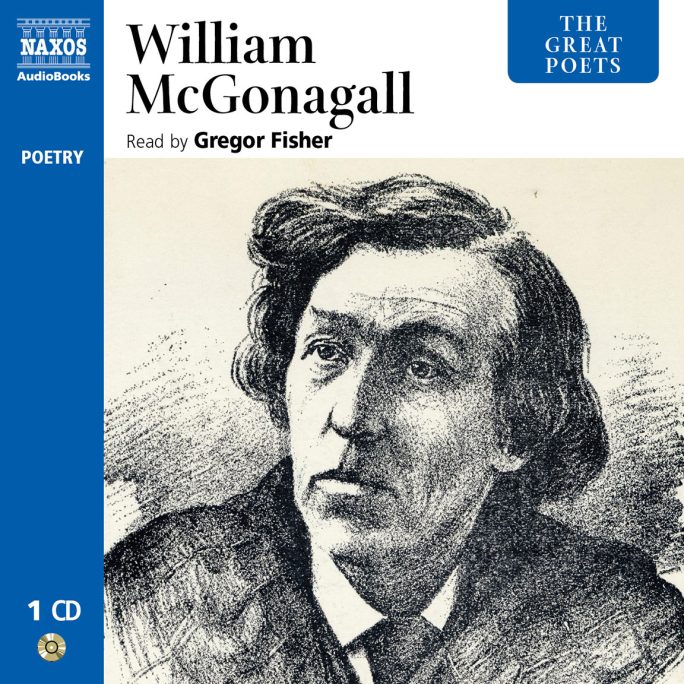 You're viewing: The Great Poets – William McGonagall $ 8.00
Add to cart