Dombey and Son is vintage Dickens and explores the classic themes of betrayal, cruelty and deceit. Dombey’s dysfunctional relationships are painted against a backdrop of social unrest in industrialised London, which is populated by a host of fascinating and memorable secondary characters. The complete and unabridged 1867 text is brought spectacularly to life by veteran reader David Timson.

'Why didn't money save me my Mama?' asks frail little Paul of his father, made cruel by money and power. Eventually, through the saintly love of his neglected daughter, Dombey realises his faults. Dickens's descriptions of the dark face of Progress are matched by the brilliant narration.
Rachel Redford, The Observer

Dickens's minor characters are often the stars of his novels, and British actor David Timson gives each his or her idiosyncratic due in this wonderful, richly peopled production. Among them is a model Captain Cuttle, salty, bluff, ever constant to young 'Wal'r'; a kindly, befuddled Mr. Toots; and Toots's belligerent associate, the Game Chicken. The work is expensive, but Timson's storytelling charisma assures that it will be returned to again and again.
Katherine A. Powers, The Washington Post 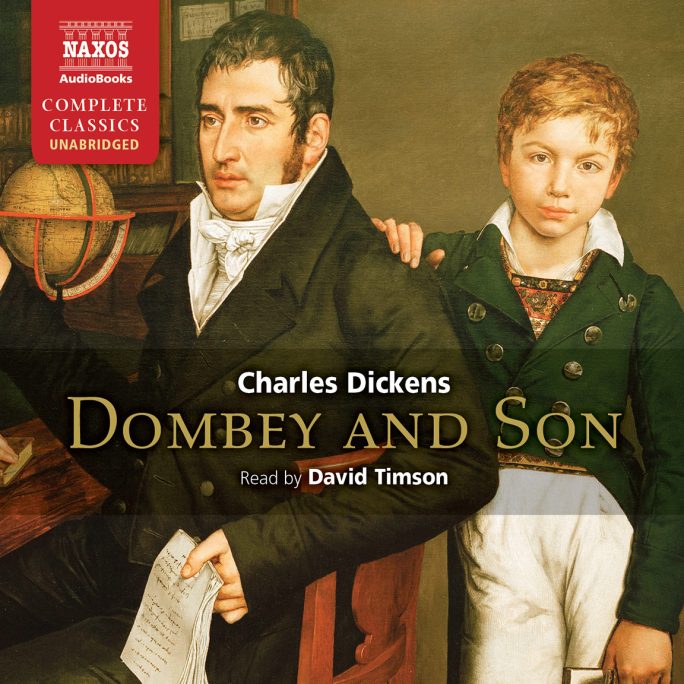