Lady Susan was the first of Jane Austen’s novels to be completed. An epistolary novel in eighteenth-century style, it tells the story of the recently widowed Lady Susan Vernon, intelligent but highly manipulative, who is intent on gaining financially secure relationships for both herself and her wayward but shy teenage daughter Frederica. Less known than Austen’s six great later novels, it demonstrates the wit and sharp observations of Jane Austen – and is shown at its best in audiobook form, with different actresses presenting real characters as they read their letters.

Jane Austen's epistolary novel Lady Susan has never received much attention in comparison to her other six major novels. It is a short piece, only 70 pages in my edition of The Oxford Illustrated Jane Austen: Minor Works containing forty-one letters and a conclusion. Scholars estimate that it was written between 1793-4 when the young author was in her late teens and represents her first attempts to write in the epistolary format popular with many authors at that time. In 1805, she transcribed a fair copy of the manuscript but did not pursue publication in her lifetime. The manuscriptwould remain unpublished until 54 years after her death with its inclusion in the appendix of her nephew James Edward Austen-Leigh's biography of his aunt, A Memoir of Jane Austen in 1871. Lady Susan's greatest fault lies in its comparison to its young sisters. Since few novels can surpass or equal Miss Austen's masterpieces, it should be accepted for what it is - acharming melodramatic piece by an author in the making. Notonly are we presented with interesting and provocative characters, Austen reveals anearly understanding of social machinations, wit,and the exquisite language that would become her trademark. Its greatest challenge appears to be in the limitations of the epistolary format itself where the narrative is revealed through one person's perspective and then the other's reaction and reply not allowing for the energy of direct dialogue or much description of the scene or surroundings. Withstanding its shortcomings, it is still a glistening jewel; smart, funny, and intriguing wicked. Given the obvious challenges of converting a novel written in letter format into audio recording, I was amazed and delighted at how listening to the novel enhanced my enjoyment. Naxos AudioBooks has pulled together a first rate production presenting a stellar cast supported by beautiful classical music. Casting British stage and screen actress Harriet Walter as the fabulously wicked Lady Susan was brilliant. She offers the appropriate edge and attitude necessary to complement the text. With Walter's, we are never in any doubt of Lady Susan's full capacity to scheme, manipulate and ooze immorality and deception. Unlike many audio recording where one narrator uses many voices to portray each character, this recording offers 7 actors, similar to a stage or radio production with each part cast with a unique actor offering variety and interest. We truly connect to eachportrayal of the character as they write their letters, inflect emotion into their train of thought, and personalize the production. The addition of period music by Romberg and Mozart equally enhance the setting. Running two hours and thirty minutes, this audio recording of Lady Susan actually enhanced my understanding and enjoyment of this often neglected yet highly amusing novella. I recommend it highly.
Laurel Ann, Austenprose.wordpress.com 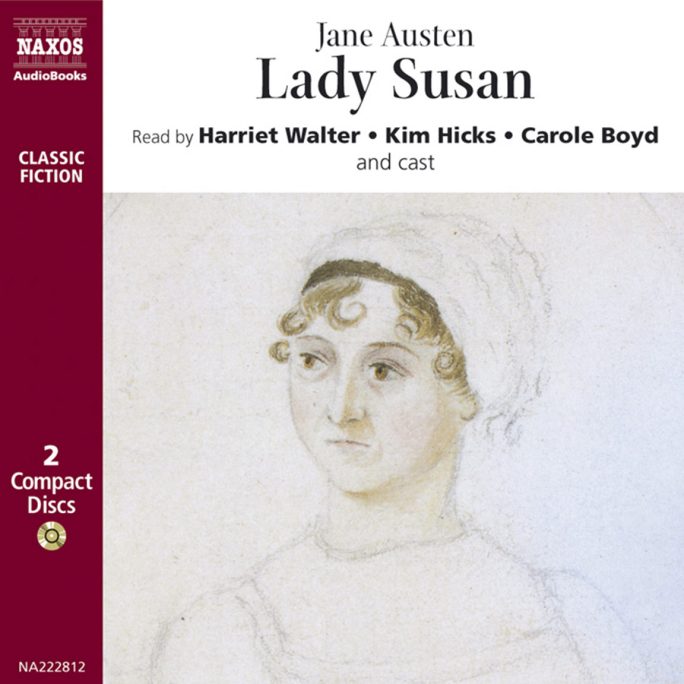