The mystery and morality play were two of the three principal kinds of vernacular drama in Europe during the Middle Ages. Mystery plays, usually representing biblical subjects, developed from dramas presented in Latin by churchmen on sacred premises, depicting subjects like the Creation, Adam and Eve and the Last Judgment. They were often performed together in cycles which could last for days at special festivals and occasions. The morality play is an allegorical drama, in which the characters personify moral qualities and undergo didactic lessons. The action centres on a hero, such as Mankind, whose inherent weaknesses are assaulted by personified diabolic forces like the Seven Deadly Sins, but who may choose redemption and enlist the aid of such figures as Mercy, Justice, Temperance and Truth. This eBook presents a comprehensive collection of mystery and morality plays, with numerous illustrations, rare medieval texts, informative introductions and the usual Delphi bonus material. (Version 1)

Browse the Parts Edition of this eBook.

Please note: due to the book‐burning zeal of the English Reformation, no English text of a ‘miracle play’ survives and so an example of this drama cannot appear in this edition.

* Beautifully illustrated with images relating to mystery and morality plays
* Concise introductions to the major cycles and plays
* All of the plays of the four principal mystery play cycles (York, Wakefield, N-Town and Chester)
* The plays appear in the form of their original Middle English texts
* Many rare dramas appearing for the first time in digital publishing
* All extant English morality plays from the Middle Ages
* Excellent formatting of the texts
* Special Middle English glossary of words to aid your reading of the plays
* Special contextual section, with four essays charting the development of drama in the Middle Ages
* Ordering of texts into chronological order and genres 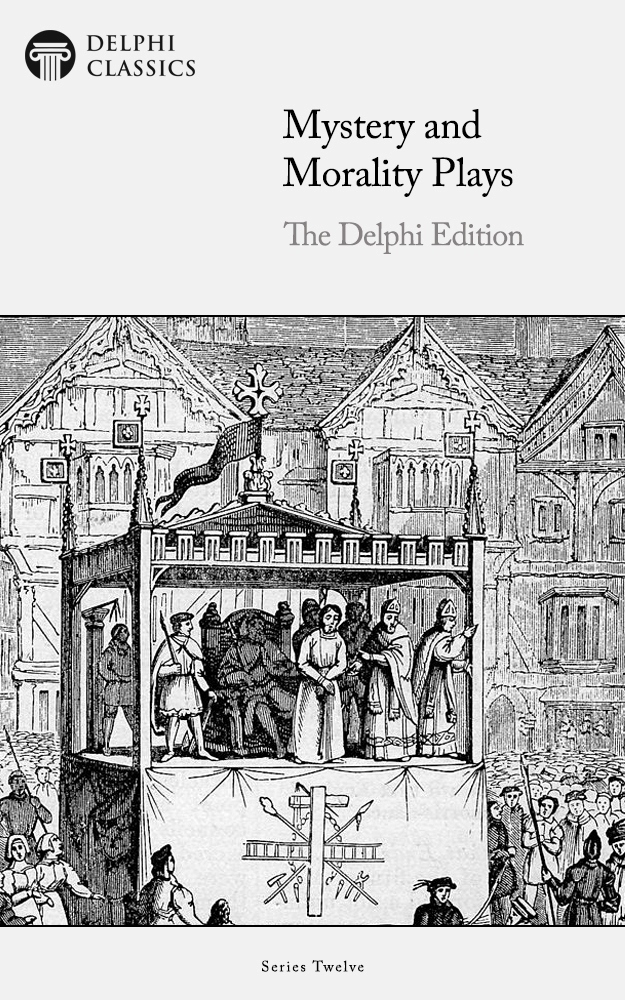 You're viewing: Mystery and Morality Plays $ 1.99
Add to cart