Left penniless at his father’s death, Nicholas Nickleby and his mother and sister turn to their wealthy uncle Ralph for support. But Ralph is a cruel usurer who despises Nicholas’s open-hearted character and despatches him to teach at Dotheboys Hall, run by the grotesque Wackford Squeers. Appalled, Nicholas rebels against the cruelty there and determines to take care of his family and his new friend, the helpless and abandoned Smike. Brimful of brilliant comedy, peopled by scores of memorable characters and touched by powerful satire against injustice, Nicholas Nickleby established Dickens as the finest novelist in English.

Naxos AudioBooks is putting out new readings to celebrate the classic writings of Charles Dickens. This is one volume in their series. And what a celebration it is! Nicholas Nickleby is Dickens in all his glory. There are characters that are positively Dickensian - the miserly lender Ralph Nickleby, the cruel schoolmaster Mr Squeers and his wretched family, the lecherous Sir Mulberry Hawke and his sidekick, Lord Verysoft, the absurd sweatshop owners Mr and Mrs Mantolini and their vicious foreman, Ms Knag. These are balanced by the many kindly and generous characters who innumerable times come to the rescue when all seems hopeless - Nicholas himself, his lovely sister Kate, the kindly Cheeryible brothers and their many loyal friends and allies. Dickens's writing brings all of them to life against a vivid backdrop of 19th-century England. The plot has many twists and turns, and a satisfying conclusion. Distinguished British stage, film and television actor David Horovitch's theatrical, fully voiced reading of this classic is no less than superb. He has vivid and believable voices for each of Dickens's colourful characters and his voice is rich, his intonation clear and his timing impeccable. This long audiobook will provide hours of enjoyment for a wide audience.
Susan Offner, SoundCommentary

This unabridged audio edition of Dickens's classic novel of poverty, effort, and persistence puts the emphasis on unabridged, clocking in at nearly 40 hours - but dedicated listeners will be rewarded with an engaging and entertaining reading from narrator David Horovitch. In Victorian England, Nicholas Nickleby finds himself penniless after the death of his father. Assisted by his cold and parsimonious uncle, Ralph, Nicholas undergoes an array of trials and adventures - working as a teacher and actor - before finally succeeding in providing for his family. Horovitch wisely doesn't attempt to update or revise the author's familiar world. Instead, he reads with a careful tenor and subtly shaded array of voices that perfectly capture Dickens's prose and characters. Harrumphing and stuttering and tittering, Horovitch turns in a winning performance that fans of the author are sure to enjoy.
Publishers Weekly 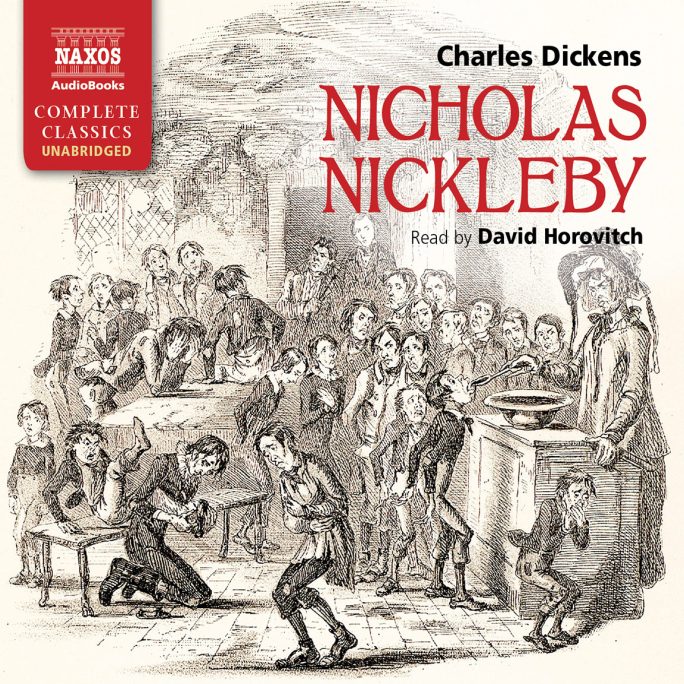