Oliver Twist is a poor orphan in a cruel society. Maltreated from birth, he escapes only to become an accidental member of a gang of pickpockets and robbers. Briefly rescued, he is then kidnapped as part of a plot to defraud him of his inheritance, and his prospects seem as bleak as his surroundings. But one member of the gang won’t let hope die – whatever the cost. Charles Dickens transformed this dark fable on the Poor Laws into one of the bestloved books in English, filling it with brilliant characters (Fagin, the Artful Dodger, Mr Bumble), scathing humour and an optimism that touches even its darkest moments.

Keeble's reading of this classic shows an acute perception of Dickens's sense of nineteenth-century Poor Laws. His tones are full of sympathy for the young waif, and he vividly portrays characters (the Artful Dodger, Fagin, and Nancy, among others) Oliver encounters in London. The Artful Dodger's almost incomprehensible cockney speech patterns and Fagin's slightly lisping words of false concern are especially well done. In a whispering plea, Keeble captures Oliver's desperation when he utters the famous request, 'Please, sir, I want some more'. A dramatic meeting between Oliver and his saviour, Mr. Brownlow, is particularly compelling, as Keeble dramatically expresses Mr. Brownlow's sympathetic feelings and justifiable offence over some court proceedings. The final chapter, in which characters receive their just deserts, allows Keeble to conclude on a tone of nostalgia and exhibit sympathy for the suffering children, as justice is meted out to the villains. Keeble's ability to change British dialects and modulate tones for all characters is quite remarkable.
Mary McCay, Booklist 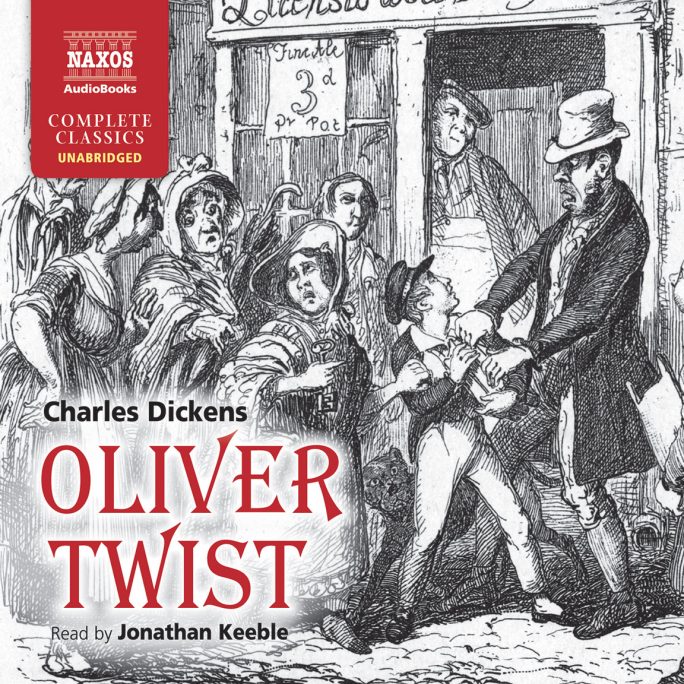