View cart “The Call of Cthulhu and Other Stories (unabridged)” has been added to your cart.

The Call of Cthulhu and Other Stories (unabridged)

At the heart of these stories, as with all the best of Lovecraft’s work, is the belief that the Earth was once inhabited by powerful and evil gods, just waiting for the chance to recolonise their planet. Cthulhu is one such god, lurking deep beneath the sea until called into being by cult followers who – like all humans – know not what they do. It is because of these dark, mythic tales with their terrified awareness of the limits of Man’s knowledge, that H.P. Lovecraft is one of the most influential American writers.

One of our favorite narrators, William Roberts is a film actor whose audio projects are rare delights. He once narrated Strangers on a Train, which I rank as one of the 10 best audiobook recordings ever. Here we have "The Call of Cthulhu" by classic horror author H.P. Lovecraft, which includes the title story, plus The Hound and The Dunwich Horror. Outstanding.
http://audiobookstoday.blogspot.com/

H.P. Lovecraft is the master of dark tales, envisaging that in a time before this the Earth was inhabited by evil gods who now wait to retake all that was theirs. Naturally, they are worshipped by a few humans who kid themselves that they can control events. The Call of Cthulhu and Other Stories read by William Roberts is full of monstrous beings and dark deeds - gorgeous!
Kati Nicholl, The Daily Express 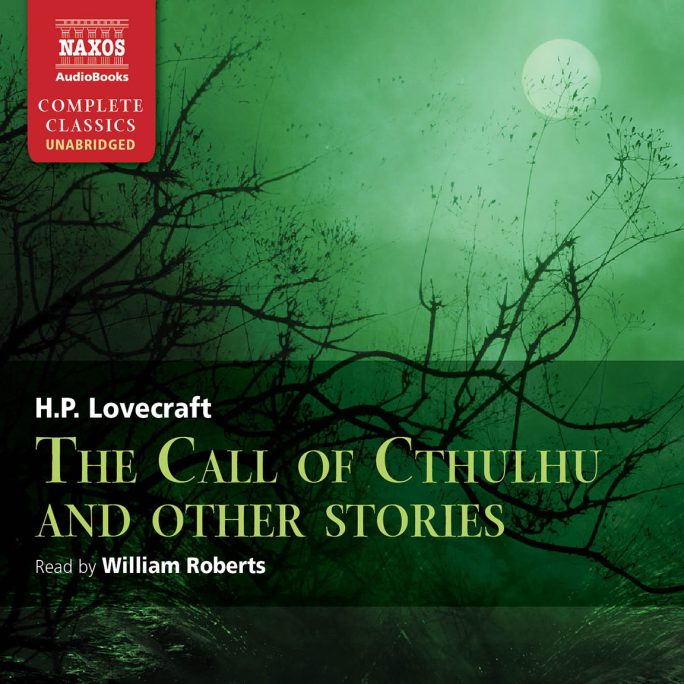 You're viewing: The Call of Cthulhu and Other Stories (unabridged) $ 15.00
Add to cart