The 200th anniversary of the birth of Alfred, Lord Tennyson (1809-1892), one of the most popular of poets, is celebrated in 2009. Works such as The Charge of the Light Brigade, Crossing the Bar and Tears, idle tears have made him an internationally famous figure, and the second most quoted writer of all time (after Shakespeare). Tennyson’s poetic works encompass a great range of styles, settings and personae, and are known for their emotional resonance and powerful imagery. Naxos AudioBooks’s popular ‘The Great Poets’ series marks the anniversary with a CD bringing together all the key works, read by veteran reader Michael Pennington.

Some of the finest Victorian poetry grew out of Tennyson?s troubled personal life?? he and all his eleven siblings suffered some kind of mental health problems, and his beloved friend Hallam died at 22. He succeeded in echoing deep emotions in simple words?? ?But a for the touch of a vanish?d hand, / And the sound of a voice that is still!??? and in creating tremendous rhythmic narratives?? ?Forward the Light Brigade! / Charge for the guns!? he said. The narration of the 24 poems here does Tennyson proud. Rachel Redford, The Oldie

There?s no need to dip into the lesser works in a collection of Tennyson, and Naxos has made a fine selection here, mixing the best known (The Charge of the Light Brigade, The Lady of Shalott, Ulysses, The Lotus-Eaters) with others that will be less familiar to casual readers. One might quibble with some of Michael Pennington?s line readings, but he has made thoughtful interpretations, and his voice is quite capable of meeting the musical demands of the poetry. There?s nothing new here for Tennyson?s fans, but the presentation is a strong introduction to a master?s range of style and emotion. D.M.H., AudioFile 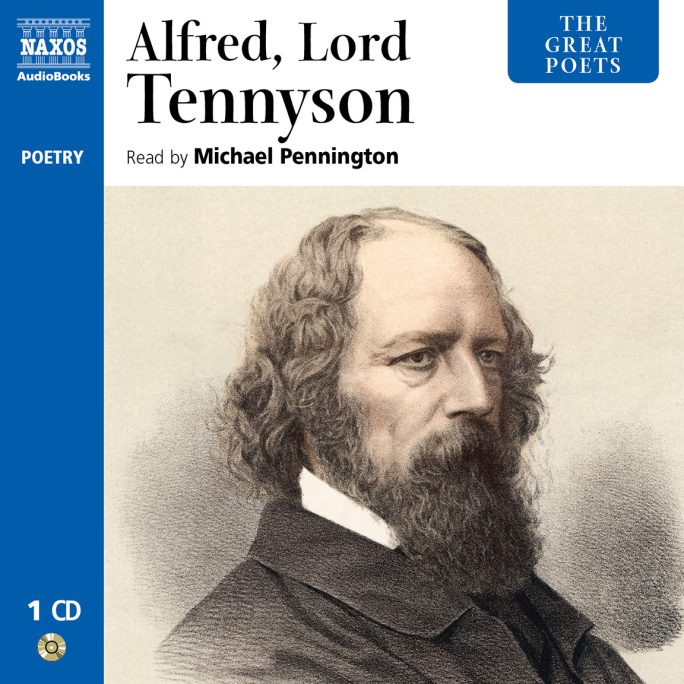