John Masefield (1878-1967) was one of the most prolific, popular and successful poets of the twentieth century. Masefield broke upon Edwardian literature with the startling work entitled The Everlasting Mercy, which described the spiritual enlightenment of a drunken poacher. Over the span of his lifetime, he was appointed Poet Laureate and amassed a large number of admirers, which included such high-profile names as John Betjeman, Robert Graves and W.B. Yeats. This collection contains thirty-six poems and spans Masefield’s entire career. There are early poems from Salt-Water Ballads (1902) and Ballads (1903), followed by extracts from the narrative poems The Everlasting Mercy, Dauber and Reynard the Fox. The selection also includes a number of sonnets including ‘On Growing Old’, as well as his poetry on the Romans, alongside a number of rarities.

Masefield?s work spanned more than sixty years. His skills ? rhythms and rhymes, ballads, dramatic narratives, sonnets ? and his interests, including Ancient Rome, the sea, nature and country ways, may have fallen out of fashion, but are undeniable. His lines on ageing find an echo: 'my dog and I too old for roving? and his plea 'may love?s gold coin be current with us yet.? Ronald Pickup matches all the poet?s moods. Rachel Redford, The Oldie

This appears to be the first recording of a Masefield collection since the poet?s own LPs in the late 1950s and early 60s. The now unfashionable long narrative poems are only excerpted here, but the selection of Masefield?s shorter works is well considered. It includes Sea Fever, of course, but there?s a great range of tone in the rest. Ronald Pickup finds the right voice for each type of poem ? from the rough countryman for Saul Kane?s Madness to the elegiac note of the WWI sonnets. The arrangement is (with one exception) chronological, so the listener can follow the evolution of this UK poet laureate?s work and style. D.M.H., AudioFile 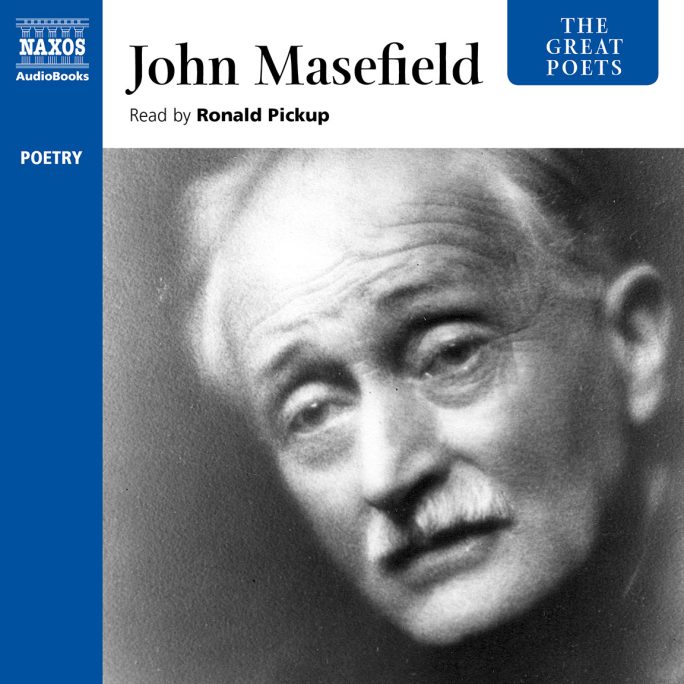 You're viewing: The Great Poets – John Masefield $ 8.00
Add to cart