Though by profession a doctor (he coined the word anesthesia) Oliver Wendell Holmes (1809-1894) was one of the leading 19th century American poets and a member of the famous Saturday Club with Emerson, Longfellow and Lowell. 2009 is the 200th anniversary of his birth. Here are his major poems, including Old Ironsides and The Last Leaf in a rare audiobook collection read affectingly by Peter Marinker.

Oliver Wendell Holmes (1809?94), by profession a doctor and once up there with Longfellow and Lowell, has a strong line in patriotism and rousing rhythms: ?Nerveless the iron hand/ Raised for its native land.? He?s homely and romantic too, praising nature and ?Yankee girls? and seeing majesty in a caged lion. Rachel Redford, The Observer

Fashions change in poetry just as they do in music or clothes. Once, Oliver Wendell Holmes was all the rage, and counted Poe and Lincoln among his admirers. Now, except perhaps for Old Ironsides and The Chambered Nautilus, he is remembered mostly as the father of the Supreme Court justice. Often witty, rarely personal, Holmes?s poetry has passed into the realm of the specialist and historian. Yet in Peter Marinker?s sensitive readings, the many charms of these poems emerge. Marinker lets the meter and rhyme stand on their own, speaking in sentences rather than forcing the lines and respecting the sentiment without falling into sentimentality. D.M.H., AudioFile Magazine 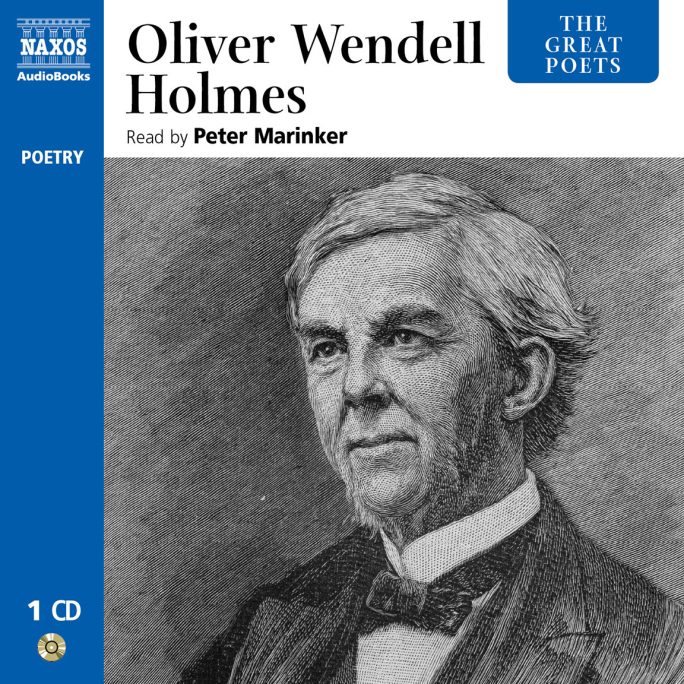