The Great Poets – The War Poetry of Wilfred Owen

No poet is more closely identified with the First World War than Wilfred Owen. His striking body of work, grim to the point of brutality yet, at the same time, majestic and awe-inspiring, defines the war for us. It is in each of these famous poems that Owen reflects on the four terrible months that he lived through; he conveys the experience of war, the death, the destruction and the filth, through a unique poetic language and a bold artistic vision. This anthology collects 49 of Owen’s iconic poems and serves not only as a perfect introduction to his verse but also as a commemoration of the sacrifice that was made by an entire generation of young men.

As the big anniversary approaches, the great Anton Lesser takes honest realism to new heights with his intelligent, movingly understated reading of The War Poetry of Wilfred Owen. As Owen himself recognised, 'the poetry is in the pity?. Nobody could listen to these poignant, anguished elegies all at once, without helpless tears. I know. I tried. Sue Gaisford, The Independent

These 49 poems show what Owen intended: the pity and truth of war. The Parable of the Old Man and the Young re-works the story of Abraham and Isaac. Owen?s 'old man? refuses to slay the 'Ram of Pride? and instead kills 'his son / And half the seed of Europe, one by one?. All are enhanced by the infinitely sympathetic reading, but the force of anger beneath the understatement makes the one, for me, the most memorable. Rachel Redford, The Oldie 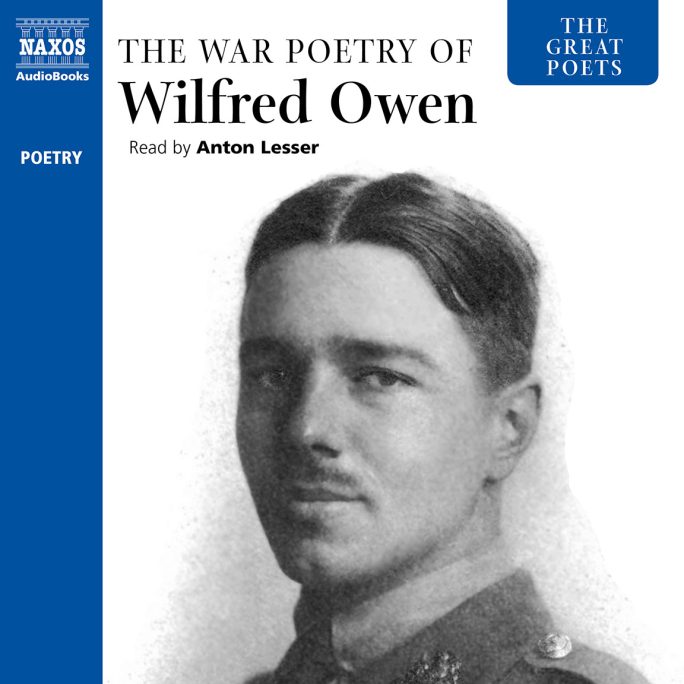 You're viewing: The Great Poets – The War Poetry of Wilfred Owen $ 9.50
Add to cart