Naxos AudioBooks continues its new series of Great Poets?- represented by a collection of their most popular poems on one CD?- with W.B. Yeats, one of the most loved poets of the twentieth century. He left a large legacy of outstanding poems, and the finest are collected here: Down by the Salley Gardens, The Lake Isle of Inisfree, The Secret Rose and He Wishes for the Cloths of Heaven. They are read by a strong cast led by Olivier award winner Jim Norton.

This volume in Naxos?s Great Poets series offers thirty-two poems from Yeats?s prodigious creative output, which spanned fifty years, from 1889 until his death at the dawn of WWII. Of the three readers, Denys Hawthorne (who recently suffered a stroke that ended his acting career) is the most dramatic in poems such as ?To the Rose Upon the Rood of Time,? while Nicholas Boulton?s younger voice highlights the playfulness of ?The Fiddler of Dooney? and others. Jim Norton, meanwhile, handles the whole range of Yeats?s verse with lyricism and authority. Unlike some other titles in this series, this one contains commentary before some of the poems, which helpfully places them in context. D.?B., AudioFile Magazine 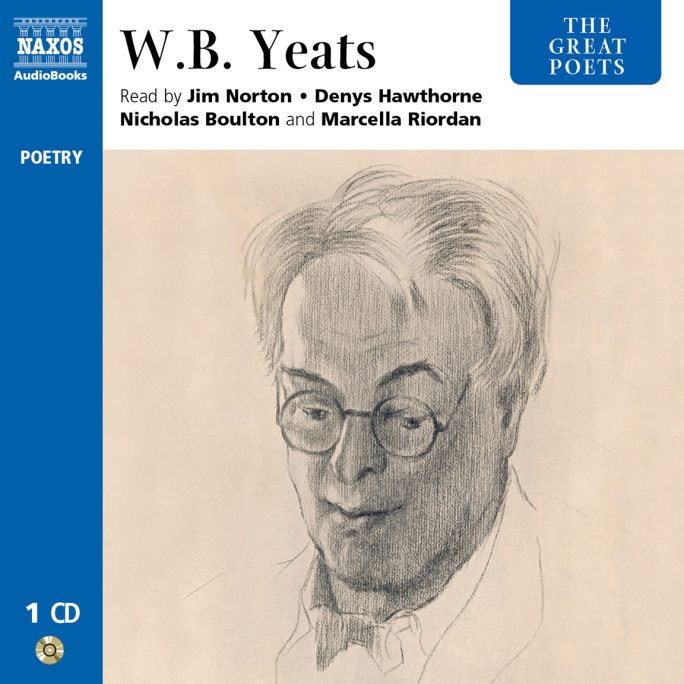