For copyright reasons, this title is only available in the USA and Australia. A stranger arrives in a small English town, wreathed in a hat, coat, goggles and bandages. It’s not just his identity he’s hiding, though; he has discovered the secret of invisibility, and believes it will lead him to ultimate power. But he needs to be able to control the process, and when the terrified villagers refuse to help him, he decides on bloody revenge. An immediate success when it first appeared, H.G. Wells’s adventure is at once chilling and thrilling, and one of the undisputed classics of science fiction.

Can you handle the unfamiliar? Is the fear of the unknown too much to handle? Science fiction great H. G. Wells asks these questions through his characters in the classic, The Invisible Man. Griffin, a fanatical scientist, has successfully manipulated his body's chemical structure and is now invisible to the human eye. Unable to revert to his original state, he is instantly ostracized by others' fear and is forced to lie, cheat, and steal to maintain even the poorest of lifestyles. Hurt and alone, Griffin chooses to embrace his ability to incite terror, but soon succumbs to madness and must face the mob that he has created. Daniel Philpott's accents bring Wells' cast to life and produce a rhythm that truly does this famous story justice.
Kerry Keegan, SoundCommentary

It is difficult to imagine a character better suited to audio than an invisible man. Wells's "grotesque romance," particularly as read by Daniel Philpott, makes for riveting listening under any circumstances (though it is perhaps best savored in the dark) and can be enjoyed by audiences of all ages. As several other excellent audio editions of this 1897 tale have already been released?e.g. from Tantor Audio, with Scott Brick reading, and Blackstone Audio, with James Adams reading?the question for libraries not yet owning this classic on audio is which recording to acquire. Philpott's powerful performance makes this Naxos edition the prime choice.
Library Journal Starred Review
R. Kent Rasmussen, Library Journal

A harrowing read from cover to cover, The Invisible Man is perfect for the audio format. The action-packed plot, eccentric characters, and entertaining dialogue could overwhelm a narrator, but British actor Daniel Philpott is the man for the job. His voice is energetic throughout the book and echoes the author's ironic tone. His vocal characterisations are wonderfully diverse, running the gamut from elderly busybodies to country constables. Much of the dialogue is exceedingly humorous because of Philpott's range of accents. The Invisible Man, insanely egotistical, is brought to life by Philpott's portrayal of his infuriated outbursts and scattered thoughts. Even though Wells's protagonist is difficult to imagine, Philpott's narrative skill makes it clear why this novel is such a memorable classic.
D.M.W., AudioFile 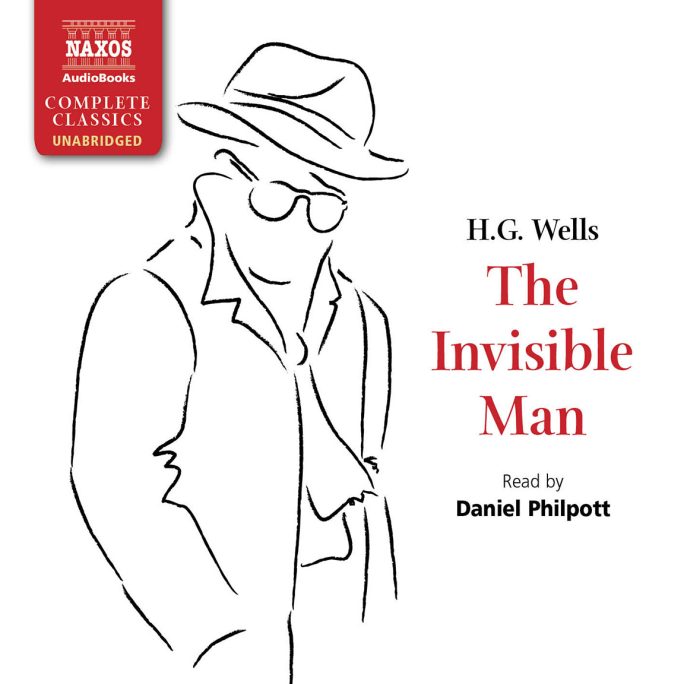