View cart “The Jane Austen Collection – Volume 2 (abridged)” has been added to your cart.

The award-winning series of Jane Austen novels on Naxos AudioBooks – in distinctive productions with music of the period – are now available in two box sets. This is the second.
Contains: Persuasion | Pride and Prejudice | Sense and Sensibility | Lady Susan

Anne Elliot has grieved for seven years over the loss of her first and only love, Captain Frederick Wentworth. When their paths finally cross again, Anne finds herself slighted and all traces of their former intimacy gone. As the pair continue to share the same social circle, dramatic events in Lyme Regis, and later in Bath, conspire to unravel the knots of deceit and misunderstanding in this beguiling and gently comic story of love and fidelity.

It is a truth universally acknowledged, that a single man in possession of a good fortune, must be in want of a wife.? So opens this famous novel which has become Jane Austen?s best loved and best known work. It was in this book that all Jane Austen?s talents combined to create not only the most wonderful love story, but dialogue that sparkles with wit and irony, an ingenious and compelling plot and some of the most unforgettable characters ever created.

When Mrs Dashwood is forced by an avaricious daughter-in-law to leave the family home in Sussex, she takes her three daughters to live in a modest cottage in Devon. For Elinor, the eldest daughter, the move means a painful separation from the man she loves, but her sister Marianne finds in Devon the romance and excitement which she longs for. The contrasting fortunes and temperaments of the two girls, as they struggle to cope in their different ways with the cruel events which fate has in store for them, are portrayed by Jane Austen with her usual irony, humour and profound sensitivity.

Lady Susan was the first of Jane Austen?s novels to be completed. An epistolary novel in eighteenth-century style, it tells the story of the recently widowed Lady Susan Vernon, intelligent but highly manipulative, who is intent on gaining financially secure relationships for both herself and her wayward but shy teenage daughter Frederica. Less known than Austen?s six great later novels, it demonstrates the wit and sharp observations of Jane Austen?? and is shown at its best in audiobook form, with different actresses presenting real characters as they read their letters.

If you like Victorian novels with chapters that begin 'Fate is a cunning hussy and builds up her plan with unconsidered trifles', Mrs Gaskell's last book, about the various consequences of hasty marriages, is for you. It's unfinished, which makes you wonder how much longer and more expensive it might have been, but that's unfair. It's a classic.
Sue Arnold, The Guardian 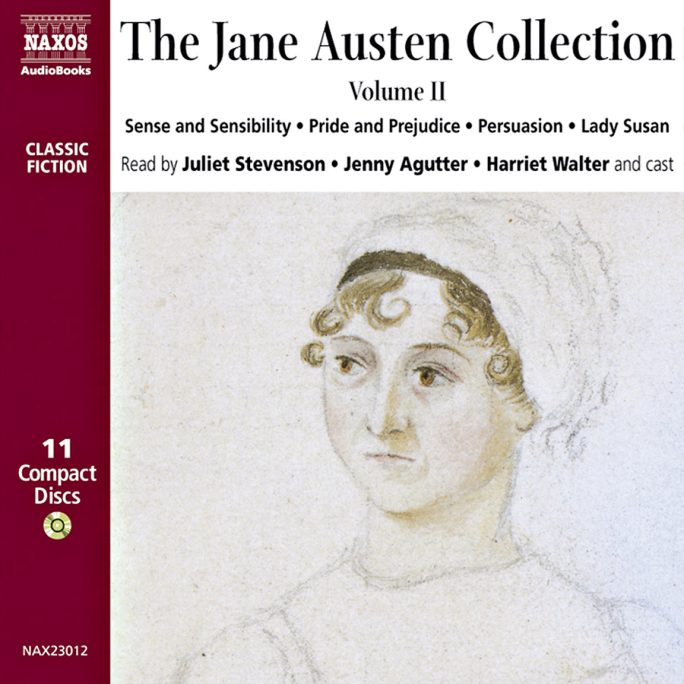