In The Pickwick Papers, his first novel, Dickens displays the talents and skills that became his trademark; observational humour, pathos and social comment abound as we follow Mr Pickwick and Sam Weller, his sharp-tongued cockney servant, travelling around England with his friends in search of adventure and knowledge. Brilliantly comic scenes at the Eatanswill election, and the trial of Mrs Bardell vs Pickwick contrast with the horrors of the debtors prison. It was Thackeray who described the novel as ‘that great contemporary history’, and it presents a nostalgic view of England just before the coming of the railway.

Winner of AudioFile Earphones award
In Dickens's first novel, the many adventures, or perhaps misadventures, of Mr Samuel Pickwick and his traveling companions are detailed in a series of interrelated vignettes ranging from the frightening to the absurd. David Timson is a one-man ensemble who skillfully portrays dozens of characters. He is equally adept at chilling the spine with the gravelly, breathy tones of a madman as he is at tickling the ribs with the clipped speech and perfect comedic timing of a bold charlatan. Even his female voices, while seemingly overdramatic, capture the delicate nature of Dickensian women, who are oftentimes prone to fainting spells and fits of hysteria. Like the novel itself, Timson creates a superb portrait of nineteenth-century England that Dickens himself might have declared 'a capital performance.'
M.D., AudioFile

It is a lot of money, but it's also a lot of wonderfully funny stories, brilliantly read, about four trouble-prone Victorian gents pontificating, spooning, wining, dining, trundling about in stage coaches and meeting characters only Dickens could imagine and bring to vivid life. "'Don't be long,' said the spinster aunt affectionately. 'Long? Away? From you? Cruel charmer,' and Mr Jingles skipped playfully up to the spinster aunt and imprinted a chaste kiss on her lips and danced out of the room. 'Dear man,' said the spinster as the door closed after him. 'Rum old girl,' said Mr Jingles as he walked down the passage." To get a marriage licence and take all her money, of course.
Sue Arnold, the Guardian

Superbly performed by BBC Radio Drama veteran David Timson, The Pickwick Papers is an unabridged audiobook adaptation of Charles Dickens's debut novel, now justly recognized as a classic. Set in England shortly before the advent of the railroad, The Pickwick Papers follows the upper-class Mr Pickwick and his caustically comedic cockney servant Sam Weller, as they travel the nation in search of adventure and learning. From comic moments such as the Eatanswill election and the trial of Mrs Bardell vs. Pickwick to the stark atrocity that was debtors prison, The Pickwick Papers is a superb rendition of Dickens's grand and thoroughly engaging adventure. The Pickwick Papers is worthy of the highest recommendation for public library audiobook collections, and as a special gift for audiobook lovers who especially enjoy great literary treasures.
Library Bookwatch, Midwest Book Review

Timson?s irrepressible performance of this rollicking romp through 1830s England in Dickens?s first novel invites listeners along as Pickwick and his crew ramble through the countryside. With broad satire and clever irony, Timson proves a delightful guide through slapdash adventures and a host of eccentric characters. The Reference and User Services Association (RUSA), a division of the American Library Association (ALA) 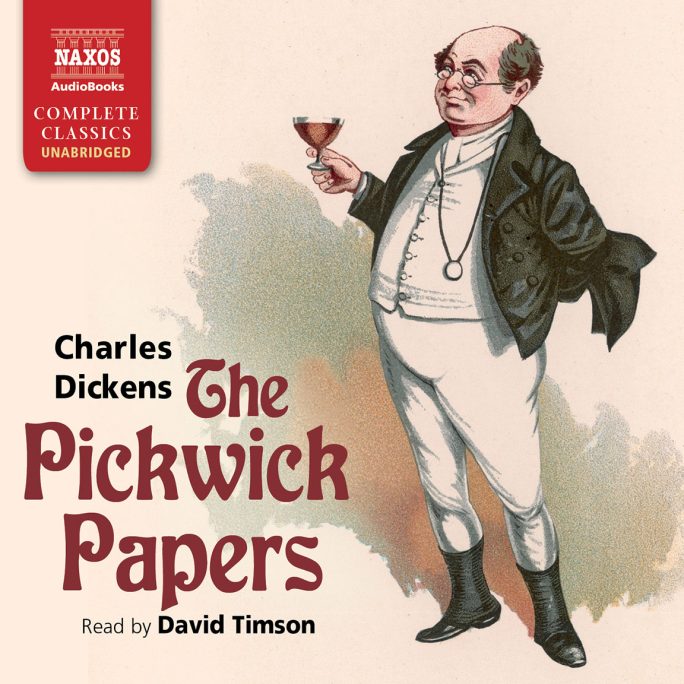 You're viewing: The Pickwick Papers (unabridged) $ 71.00
Add to cart