At a dinner party in Richmond, the host tells an astonishing story of his travels into the future. At first it seems that man has moved on to a higher plane of existence – suffering and war seem to have been eliminated. But in fact there are two races living on the Earth – the Eloi, a leisured, decadent, androgynous group; and the Morlocks, an underground tribe of bestial workers. When his time machine is stolen, the traveller is stranded in this strange new world and discovers that the truth is far darker than he could imagine? One of the greatest science fiction stories ever written, The Time Machine is an adventure story, a social commentary and a dark warning of the dangers facing humanity.

A time traveler tells his invited guests about his journey to a future world composed of the Eloi and the underground Morlocks, who prey on the Eloi by night. Roger May's reading has a formal quality that matches the language and tone of Wells's allegorical adventure. At the same time, May's dramatic descriptions of the future world and the time traveler's horror as he faces the Morlocks are both exciting and playful. Listeners may find themselves debating the credibility of the story, as the time traveler's visitors do. May's narration is an excellent presentation of this science fiction classic and will help keep Wells's imagined future alive for a new generation.
J.A.S., AudioFile

The host of a dinner party in Richmond spins a seemingly unbelievable tale of traveling in a time machine of his own invention far into the future where only two races remain living on earth, the Eloi and the Morlocks. Laced with social commentary on many topics including class structure and capitalism, this science fiction classic is perfectly performed by a master story teller. Roger May has narrated many audiobooks including Death on the Nile, The Elephant Keeper and The Day of the Triffids. He plays James Bellamy in The Archers and his stage credits include The Winslow Boy. In this dramatic tour-de-force, both the guests in the story and the listeners are sucked into the vortex, taking off for this great adventure many years hence, to discover the outcomes of early 20th century political and social decisions.
Sue Rosenzweig, SoundCommentary 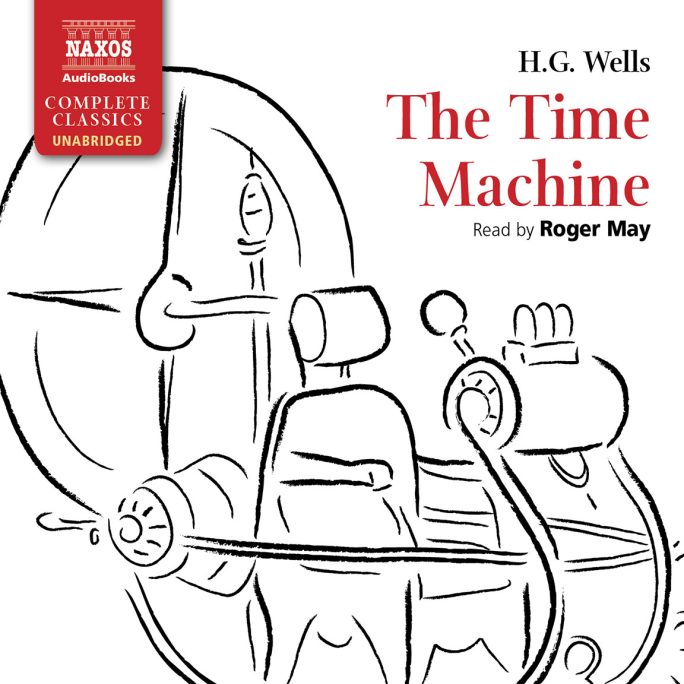