The year is 1866 and the maritime world is gripped by fear after reported sightings of a huge sea monster. Famous marine biologist Pierre Aronnax, accompanied by his loyal servant Conseil and the redoubtable Canadian harpooner Ned Land, joins the hunt to track down and incapacitate the creature. But their enemy is no sea beast? and they soon come face to face with the sinister Captain Nemo. The story is relentlessly thrilling, while containing beautifully written observations of underwater life.

Jules Verne's fascinating novel takes the listener on a journey beneath the sea to the far reaches of the world. The figure of Captain Nemo provides a dark undercurrent to the optimism of Verne's narrator, Pierre Aronnax. Bill Homewood's narration is truly delightful. His melodic cadence delivers the descriptive prose engagingly, and his vocal characterisations are also convincing. As Professor Aronnax, he enthusiastically expounds upon scientific explanations, adding excitement to what could be dry bits of text. Ned Land has a gruff, burly voice, while the mysterious Captain Nemo speaks in a slightly foreign accent. Homewood's narration invites the listener onto the Nautilus and a world of undersea adventure.
D.M.W., AudioFile 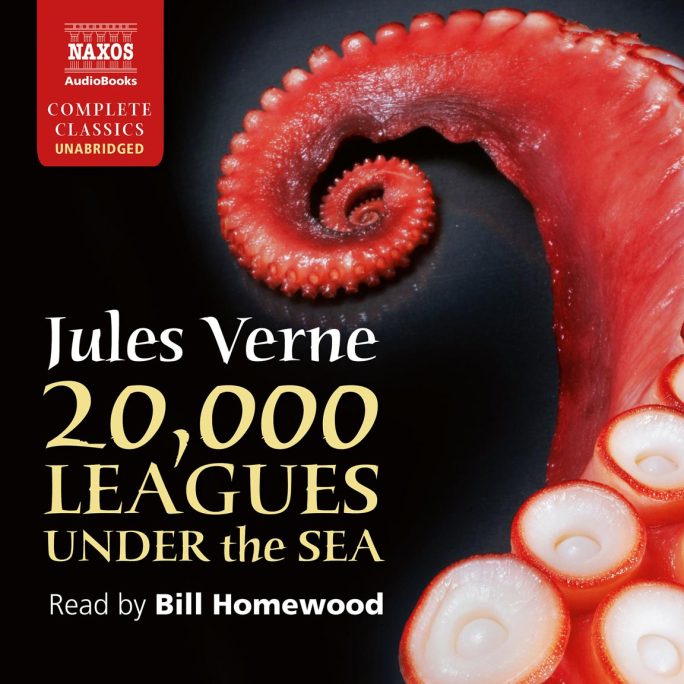