A Study in Scarlet (unabridged)

A Study in Scarlet was the very first Sherlock Holmes novel. Here, in the most remarkably precise manner, Doyle produced two of the most well-known characters in English fiction. Their individual traits and their relationships, their ambitions and foibles are introduced against the backdrop of an exciting story of revenge and persistance, which starts in Victorian England but moves to the American West, and the environment of the early Mormon communities. It is a full novel, and is here read, unabridged in richly characterised style by David Timson. This is the fifth Naxos AudioBooks recording of Sherlock Holmes.

If Conan Doyle had written only this first novel introducing Holmes to Watson (newly returned from service in Afghanistan), he would have deserved his reputation. The murder of two Americans in London is revealed as revenge for a grievous wrong perpetrated by members of the Mormon community. Superb.
Rachel Redford, The Observer 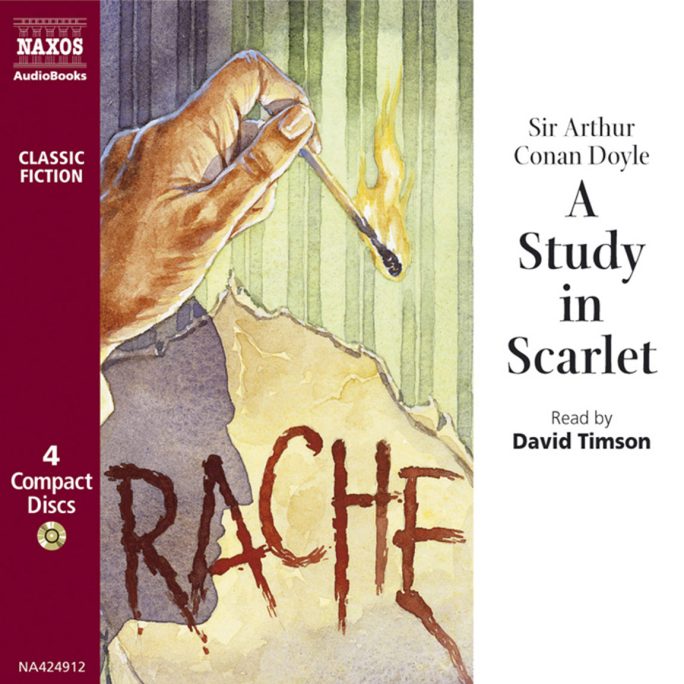