A land-surveyor, known only as K., arrives at a small village permanently covered in snow and dominated by a castle to which access seems permanently denied. K.’s attempts to discover why he has been called constantly run up against the peasant villagers, who are in thrall to the absurd bureaucracy that keeps the castle shut, and the rigid hierarchy of power among the self-serving bureaucrats themselves. But in this strange wilderness, there is passion, tenderness and considerable humour. Darkly bizarre, this complex book was the last novel by one of the 20th century’s greatest and most influential writers.

This novel-length parable by the brilliant master of existential angst Franz Kafka was published posthumously in 1926. Our hero, K. (pronounced 'Kah' in this recording), enters a small village ready to assume duties as municipal surveyor. He finds that the mysterious, bureaucratic, and wilful denizens of the nearby castle exercise absolute and self-serving rule over the precincts, and choose to throw obstacle after obstacle in his path. At times humorous and always nightmarish, this unfinished existential parable, while already powerful on the page, gains additional potency from British actor-director Allan Corduner's spot-on narration. He treats the shocking and bizarre with matter-of-fact cool while breathing life into the dramatis personae. Through his efforts we feel K's humiliation and alienation, and it makes us shiver.
AudioFile Earphones Award Winner
Y.R., AudioFile 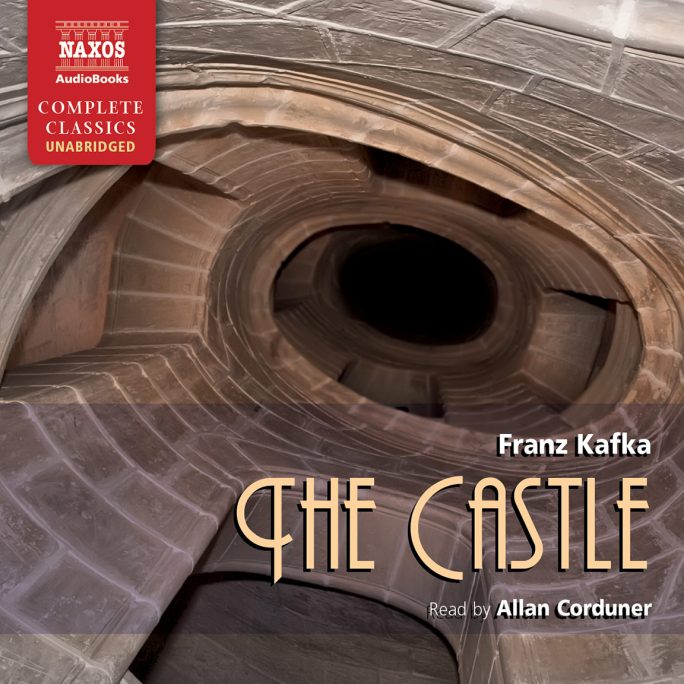