In recent times Ford Madox Ford has become one of the neglected figures of modernist literature, although he was a leading writer of his time, producing innovative novels, whilst promoting the works of struggling fellow writers. For the first time in publishing history, this comprehensive eBook presents the complete fictional works of Ford Madox Ford, allowing readers to enjoy masterpieces that have suffered obscurity for years. Containing all 31 novels, beautiful illustrations, informative introductions and the usual Delphi bonus material, this collection is a must for all readers interested in modernist literature. (Version 3)

* Beautifully illustrated with images relating to Ford’s life and works
* Concise introductions to the novels and other works
* Images of how the books were first printed, giving your eReader a taste of the original texts
* ALL 31 novels, with many rare works appearing for the first time in digital print
* Excellent formatting of the texts
* Includes Ford’s children’s books, appearing for the first time in digital print
* Ford’s collected poetry, with individual contents table
* Even includes Ford’s first literary success – the non-fiction study of his beloved city THE SOUL OF LONDON
* Features Ford’s memoir ANCIENT LIGHTS, charting his literary beginnings in his grandfather’s Pre-Raphaelite circle
* Scholarly ordering of texts into chronological order and literary genres
* The complete memoirs – all five memoirs appearing together for the first time in publishing history
* UPDATED with two non-fiction works: ‘New York is Not America’ and ‘The English Novel from the Earliest Days to the Death of Joseph Conrad’
* UPDATED with revised texts and images

The Novels
The Shifting of the Fire
The Inheritors
Romance
The Benefactor
The Fifth Queen
The Privy Seal
An English Girl
The Fifth Queen Crowned
Mr. Apollo
The ‘Half Moon’
A Call
The Portrait
The Simple Life Limited
Ladies Whose Bright Eyes
The Panel
The New Humpty-Dumpty
Mr. Fleight
The Young Lovell
The Good Soldier
The Marsden Case
Some Do Not…
The Nature of a Crime
No More Parades
A Man Could Stand Up —
Last Post
A Little Less than Gods
No Enemy
When the Wicked Man
The Rash Act
Henry for Hugh
Vive Le Roy

The Poetry
The Collected Poems

Non-Fiction
The Soul of London
The Heart of the Country
Rossetti: A Critical Essay on His Art
The Spirit of the People
Henry James: A Critical Study
Joseph Conrad: A Personal Remembrance
New York is Not America
The English Novel from the Earliest Days to the Death of Joseph Conrad 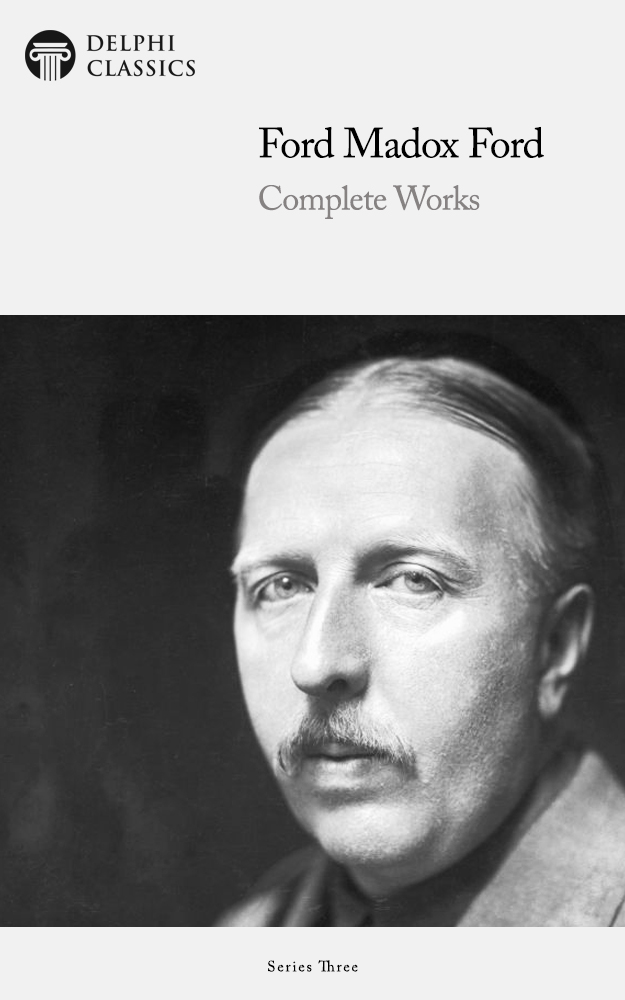