The American illustrator and author Howard Pyle is best known for his celebrated children’s books. His magazine and book illustrations are regarded as among the finest of the turn-of-the-century period in the Art Nouveau style. Pyle achieved especial fame as an accomplished and original illustrator of historical legends and fairy stories, noted for the vivid richness and historical accuracy of his work — both as a writer and an artist. Many of Pyle’s children’s stories are now regarded as American classics, including ‘The Merry Adventures of Robin Hood’, ‘Otto of the Silver Hand’, ‘Jack Ballister’s Fortunes’ and his magical tales of Arthurian legend.  For the first time in publishing history, this eBook presents Pyle’s complete published works, with hundreds of illustrations, rare texts, informative introductions and the usual Delphi bonus material. (Version 1)

* Beautifully illustrated with images relating to Pyle’s life and works
* Concise introductions to the novels and other texts
* All 14 novels, with individual contents tables
* Features rare novels appearing for the first time in digital publishing, including ‘The Garden behind the Moon’
* All of the novels feature Pyle’s original illustrations — over a 1,000 illustrations
* Images of how the books were first published, giving your eReader a taste of the original texts
* Excellent formatting of the texts
* Rare uncollected short stories available in no other collection
* Special chronological and alphabetical contents tables for the short stories
* Easily locate the short stories you want to read
* Includes a wide range of Pyle’s illustration work for other novelists
* Scholarly ordering of texts into chronological order and genres 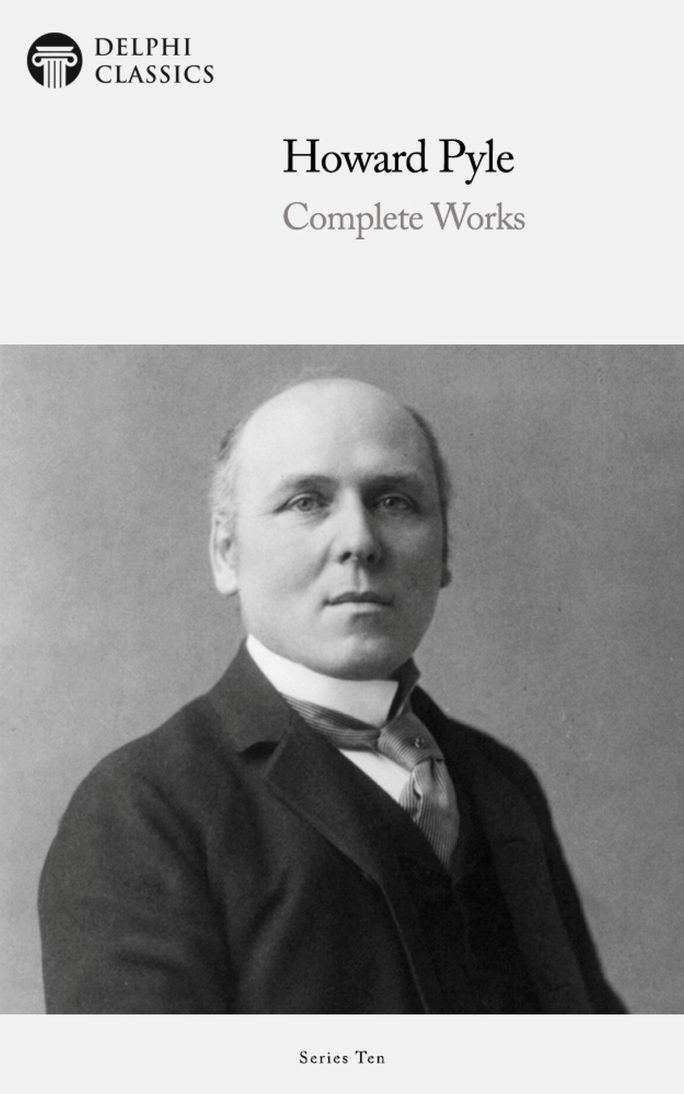