Vanity Fair, with its rich cast of characters, takes place on the snakes-and-ladders board of life. Amelia Sedley, daughter of a wealthy merchant, has a loving mother to supervise her courtship. Becky Sharp, an orphan, has to use her wit, charm, and resourcefulness to escape from her destiny as a governess. This she does ruthlessly, musing: ‘I think I could become a good woman, if I had ?5,000 a year.’ Thackeray’s story is set at the time of the battle of Waterloo, in which the Sedley fortunes are lost – and Amelia is back to square one – while Becky rises with contemptuous ease.

Parentless heroines were typical of the age. Georgina Sutton?s sparklingly fresh narration of Vanity Fair is a marvellous way to follow the fortunes of the orphaned Becky Sharp, surely the most ingenious, resourceful and wicked woman in all literature. The book, set in 1812 and written in 1847-48, is a Regency-born Victorian?s critique of exactly the social whirl that Thomas Day abhorred; it also gives a fine account of the British Army?s setbacks before their ultimate triumph at Waterloo. Don?t be daunted by its price and length. Get a monthly subscription to a download library such as Naxos or Audible, or borrow it from your local library, many of which now offer free download services, and listen on your computer, iPod or phone. As to its length, think of it as a soap opera, to be taken in daily doses like The Archers: keep it for your daily commute, jog or dog walk, and enjoy deus ex machina Thackeray?s clever and character-driven twists and turns to the full.
Christina Hardyment, The Times

The characters in this complex 19th-century novel (scheming, amoral Becky Sharp; faithful William Dobbins, etc.) were once so well known that they were used as shorthand personality descriptors by other authors. Becky Sharp is willing to do almost anything for position or money, while family funding supports her best friend Amelia?s, gentle, unrealistic soul. Becky marries well and then loses money. Amelia marries well and loses both husband and money. As time passes, their fortunes flip, turn, and intertwine until the two friends are old women. Georgina Sutton?s wonderfully flexible voice keeps the reader engaged and the characters well differentiated through all 25 CDs of a very complicated storyline ? quite a feat. Especially recommended for listeners just starting to explore classic British fiction.
I. Pour-El, Library Journal

I can?t tell you how much fun it is to embark on the good ship Vanity Fair, up and down, round about, weaving in and about these characters in and out of 1825 England. It drifts into a drama of dozens of people who come to be friends of ours or, at the least, comic relief.
We get a few side trips into the countryside, and then over to Belgium (Waterloo), and Germany (Pumpernickle). Travelling with an excellent plotter, plotting to lead you through the triple drama of Becky Sharp and her many men, along with Amelia Sedley, George Osborne, William Dobbin.
What is it here that 150 years later captures us so. Innocence and greed? Infidelity? Using others? Being at times noble, at times beasts of property and rank? (One of the characters says of Becky, ?I thought her a mere social climber, but now I see she?s a mountaineer.?)
I read Vanity Fair in college, and a lot went over my head, especially the darker edges of cynicism. Thackeray is a lovely old cynic, but it does take the time to plow through it. As it is being read to me ? Georgina, you?re a dream ? I am thinking that Thackeray was one of those people who could put together a story and some people and a chain of events that doesn?t want to let us go. I was a goner the moment I popped in disk #1 (there are twenty-five in all). When I was out of radio contact, I picked up the book, and laughed and cheered on my favourite characters, stolid Dobbin, fat, drunken Jos, and, as always, sly Becky. Thackeray certainly didn?t love her, but I do.
Richard Saturday, The Review of Arts, Literature, Philosophy and the Humanities

Although all the characters in Thackeray?s famous ?novel without a hero? ultimately disappoint in terms of heroic attributes, they provide a telling view of Victorian high society. Georgina Sutton?s colourful narration provides an enjoyable medium for listeners to experience this literary classic. She masters the irony of the author?s narrative voice with careful attention to his intonation. Her vocal characterisations are skilful. She creates the kindly lisping voice of Dobbin with as much ease as the sinister cadence of Lord Steyne. The character of Becky Sharp is as dynamic in Sutton?s reading as she is in upper society. Witty, cutting, and ingratiating in tone, Sutton?s portrayal ably captures this society darling. While addressing the nuances of Thackeray?s prose, Sutton produces an entertaining trip through a metaphorical ?vanity fair?.
D.M.W, AudioFile 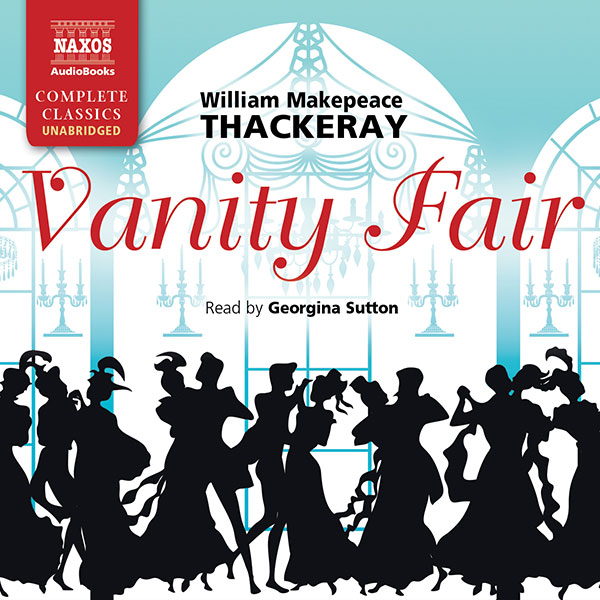